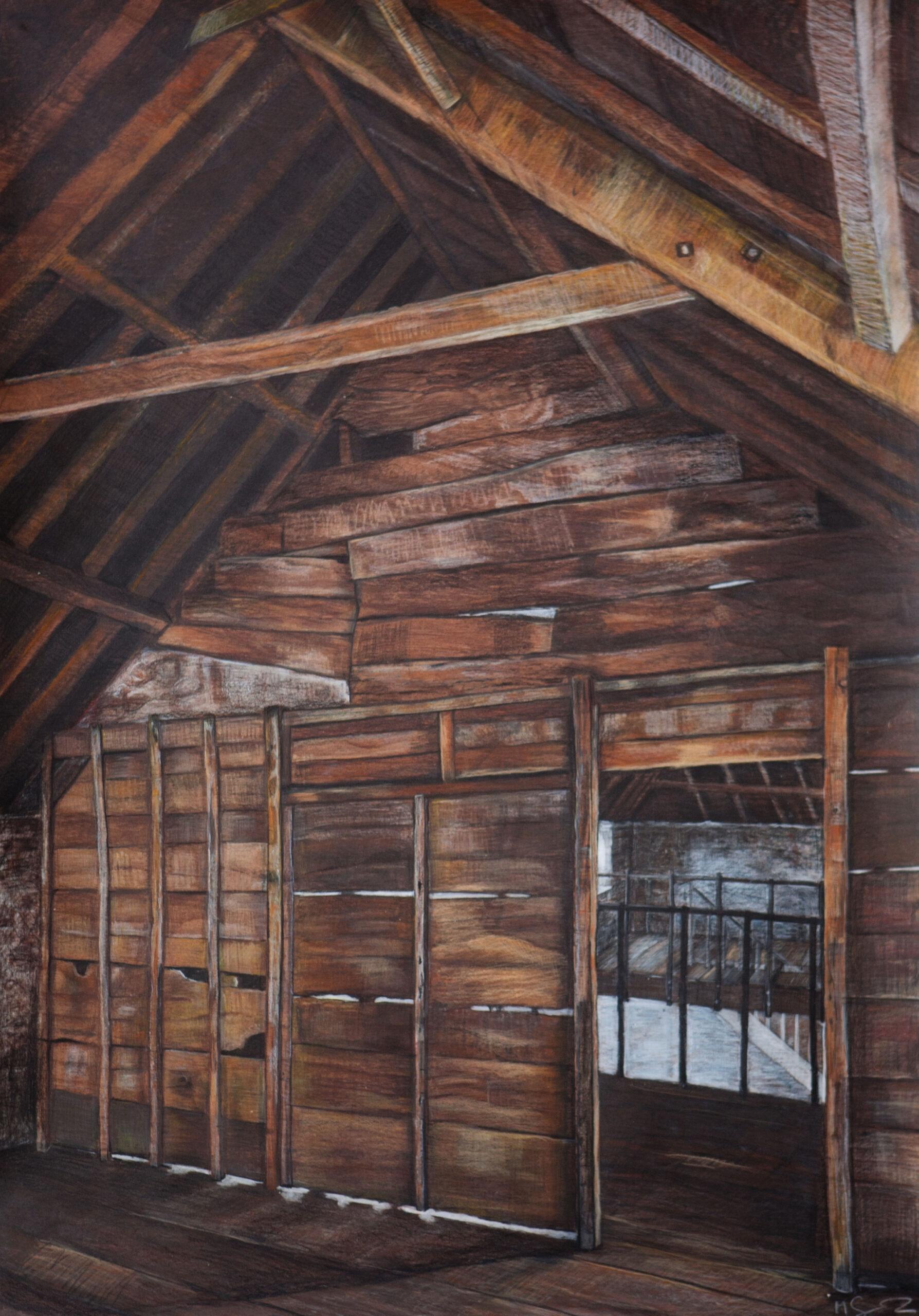 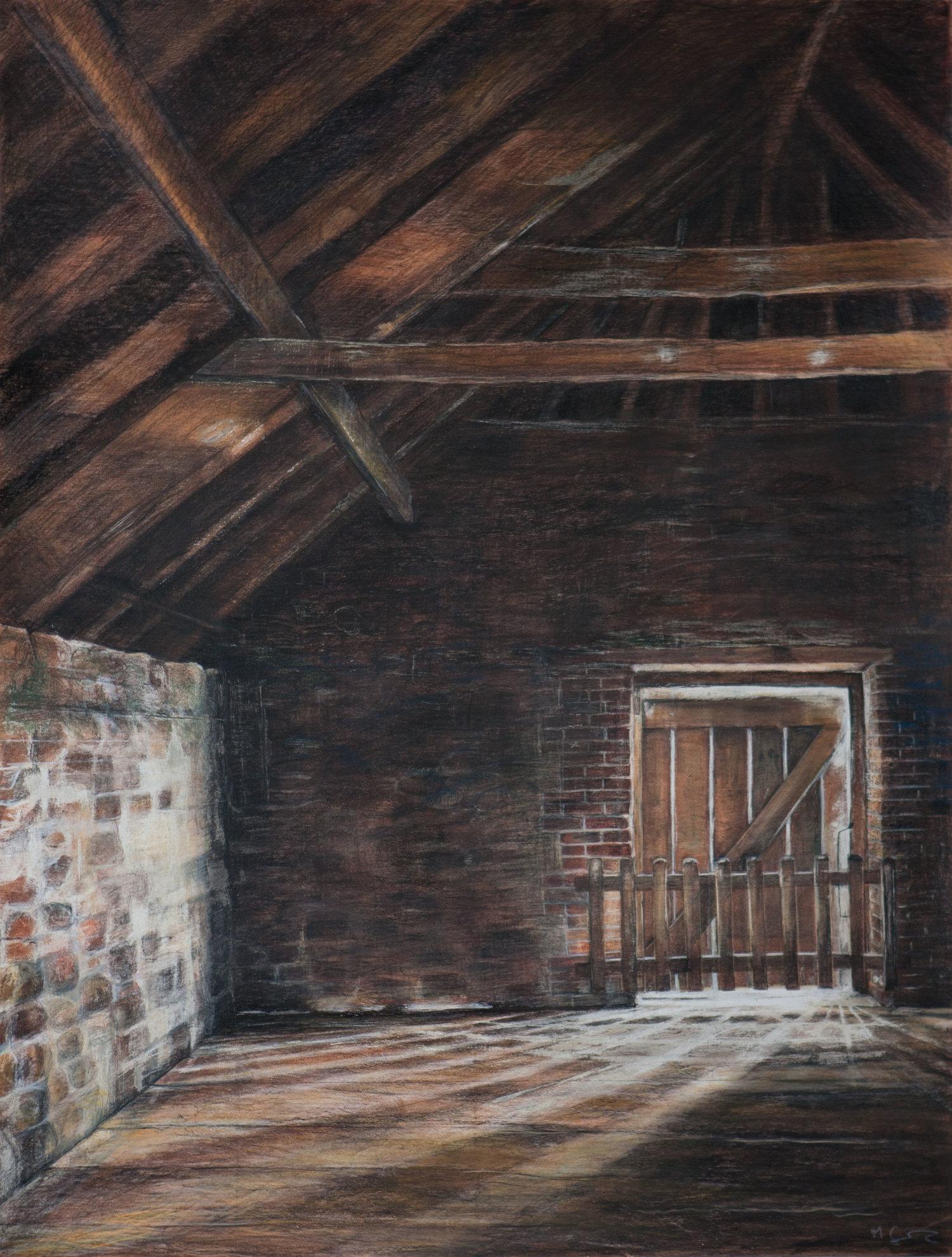 The Tim’s Barn series focuses on the process by which natural materials are shaped by the hand of a craftsman, natural materials no longer conforming to organic laws. The drawings explore the complex architecture of a two-century-old, oak timbered barn situated on her brother’s farm in the UK’s West Country. Captured is the barn’s solemn, almost church-like silence, and fascinating history retained in the warm tinder and textured flint stone walls. These elements are an extension of the trees and forests from which the beams were sourced making them a natural object of curiosity for the artist who is interested in the way wood conveys time and history.

The barn itself was constructed by carpenters captured from Napoleon’s fleet during the Anglo/French wars. Because these men were accustomed to building large ships, the barn possesses a unique nautical vernacular. 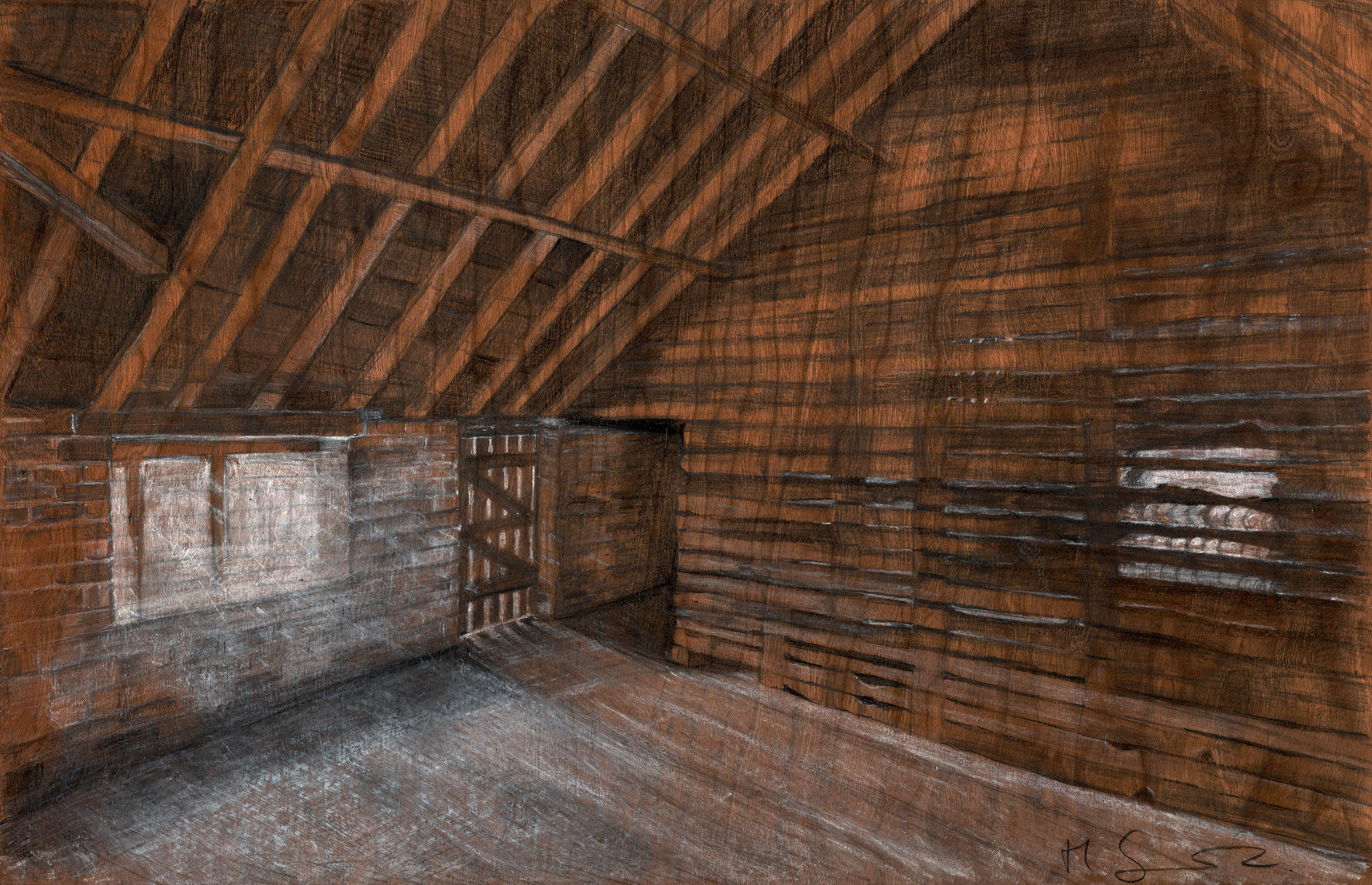 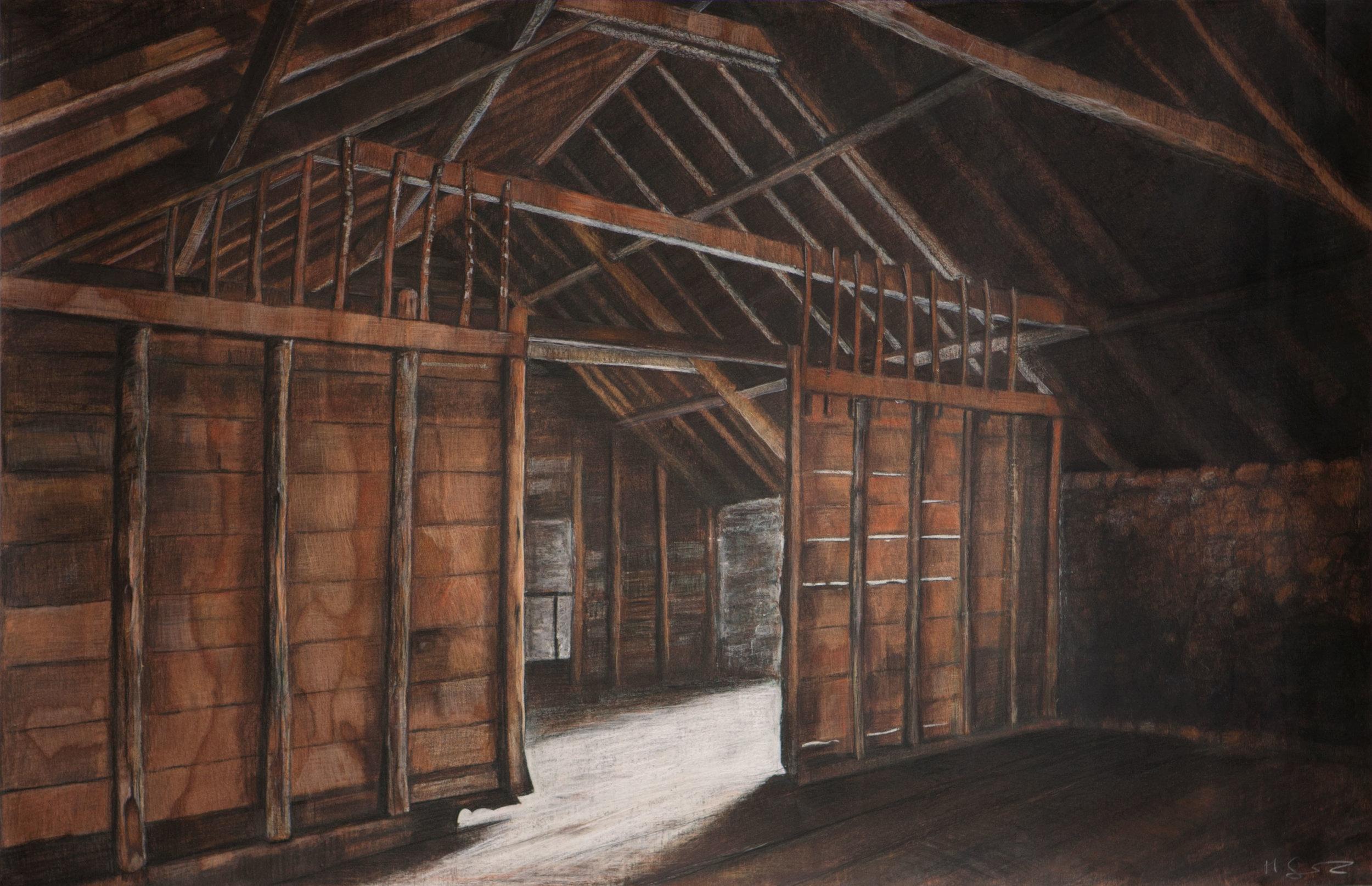